Finding Grit in the Face of Adversity

Finding Grit in the Face of Adversity
By Melissa Orozco

I have never been more mortified than the day I realized I had been mispronouncing the word “pecan” my entire life.  It was a Saturday morning at our college cafeteria and I had just shared that my favorite kind of pie is pecan pie to a table full of strangers who were now laughing at me. What was a very embarrassing moment in my life is now a silly anecdote, but to fully understand why this moment is forever imprinted in my mind we need to go back to the beginning.

I was born in El Centro, California in a seamless blend of Mexican and American traditions. I spent most of my life living between two cultures in a border town between California, where I went to school every day, and Mexico where my parents lived. From a young age I showed a love for books and reading, and before you know it I was taking my SATs and gearing up for college. That day came faster than expected and I jumped at the chance to build a new home in a country that I felt I was a part of.  I packed what I could fit into two large duffel bags and headed to Chicago. I never had a problem fitting in with the rest of my classmates or people in my hometown, but the second I arrived to what would be my new home I began to feel anxious about the differences between me and my new set of peers.

When I got to college my comfort with this language that I grew up with was shaken, and I realized I did not know how to pronounce some words and was missing quite a bit of cultural references in comparison to my classmates. I was always an active participant in class back home, but as I went through college I began to shy away from speaking opportunities and grew concerned with being singled out for not knowing something that seemed common knowledge. Freshman year of college makes it very difficult to blend in, since every class starts with sharing your name, where you are from, and sharing something about yourself. My narrative slowly changed from “I am from Mexico” to “I am from southern California” as the follow up questions became harder to answer.

The summer between my Sophomore and Junior year I had the opportunity to study abroad in Europe for a semester. It wasn’t until this point in my college career that I realized my experiences and multicultural upbringing were an asset and very closely connected to who I was at that moment and who I wanted to be in the future. This push into a new world triggered my survival skills and slowly made me come out of my shell and embrace both the things I knew, and those I didn’t. I became more comfortable asking questions, and began working harder in response to setbacks.  Eventually I realized that I belonged in that classroom- I had taken those SATs, and wrote that admissions essay that led me to this point. What I contributed to the class was important regardless of my differences. This was a pivotal point and the beginning of the formation of grit and resilience that has carried me through both my graduate and undergraduate degrees as well as my professional career.

Grit can be identified as a quality that allows us to continue working hard and stick to our goals when faced with adversity or failure. The development of grit and resilience has been debated over the years; whether these qualities are formed through traditional taught curriculums in the classroom or if they are shaped by environmental forces.

Camille A. Farrington, a former inner-city high-school teacher who now works at the University of Chicago Consortium on School Research has broken down findings from research on grit and resilience into four key beliefs. 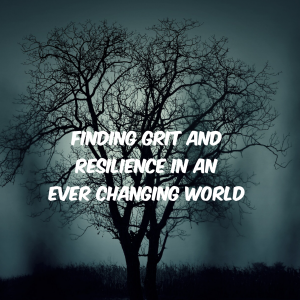 Her findings show that that when these four key beliefs are embraced by students, they seem to contribute most significantly to their tendency to persevere in the classroom. The hope is that children develop a sense of value in themselves to persevere through the challenges and failures they encounter in their lives, starting in a classroom setting. Grit is not only a quality focused on resilience in the face of failure, but also developing a deep commitment to who you are. This focus can be easily incorporated into positive affirmations to bring the development of grit and resilience home. It is imperative that these skills be developed at an early age, as they are slowly built upon and will continue to grow and be shaped by one’s experiences well into adulthood.

In an ever changing world that is constantly pushing us to believe we don’t belong, I am glad to have found this fire to continue and thrive in adversity. My hope is that advances in research and knowledge on the skills needed to succeed will help inform curriculums and policy to ensure students have a fair chance to flourish in the world. In the meantime, I continue to share stories of my experiences in two cultures and the fact that I am from both Mexico and California.

Melissa Orozco has a passion for organizational training and development and completed her Masters in Industrial-Organizational Psychology at The Chicago School of Professional Psychology. She previously served as an Outreach Lead for the Student Series fundraising campaign at the Leukemia and Lymphoma Society and is currently an HR Coordinator at Columbia College – Chicago. Melissa is inspired by working with others and is proud to contribute to the mission of Bulldog Solution Inc. to eradicate bullying through social boldness, kindness, and connection.