A True Story from an 11-Year-Old Victim of Bullying

Made In His Image

We are honored to be a part of promoting the movie Made In His Image for bullying prevention month. This short film is based on a true story by 11-year-old Writer, Director and Producer, Anah Ambuchi and Executive Producer and Co-Director Jossie Harris Thacker. Come join us in this event Oct 20th! All families and ages are welcome! Tickets are now available on EventBrite.com; Made in His Image . 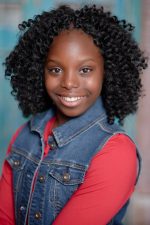 Anah Ambuchi is an 11-year-old Kenyan-American actress, writer, director, producer, model, and dancer. When Anah was in fourth grade, her classmates hurled insults at her.  These included: your skin looks like poop, slut, African Booty Scratcher, monkey, homo, and blacky.

This lead to a decrease in her self-esteem, and it began to affect her grades. After a few months of being bullied, Anah broke down, and shared with her mother what was going on.

“My mom encouraged me to write my story in my journal and after a few weeks of my mom helping me to build my self-esteem back up; I mentioned to my mom how I wanted to make a film out of my story”.

“I knew that I wanted to share my story so that I could inspire, encourage, educate, and spark a national conversation on how to decrease the fact that every seven minutes a child is bullied on the playground”.

With the help of her acting coach Mrs. Jossie Harris Thacker, Anah received the support that she needed to make her film titled Made In His Image.

Together we can put a stop to bullying and bring awareness.